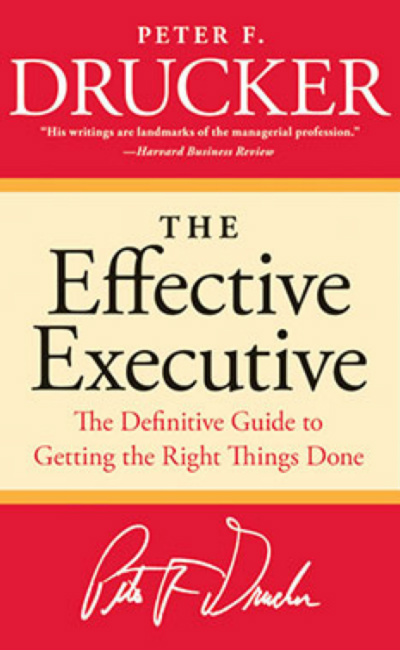 As one the most frequently cited books on management since 1967, Peter Drucker’s “The Effective Executive” has offered a wealth of information on productivity, efficacy, and success in business to readers all over the world. Drucker’s book contains timeless advice on how to transform an average manager into an effective executive, making it a highly recommended resource for those looking for a self-made advantage in business.

At first thought, effectiveness may seem like a trait that can’t be taught. But Drucker asserts that there is little proven correlation between a person’s effectiveness and other traits like intelligence, imagination, and knowledge. These essential mental resources are useless without effective application of them to real life situations that will improve one’s overall abilities as a business leader.

According to Drucker, the first step to using one’s traits in a productive way is organization. The many demands of management often cause a leader to feel like they lack control and power, because their time truly belongs to everyone else, they are forced to continue operating regardless of incidents, and their most important objective is to capitalize on the strength of their team, rather than just themselves. The organization or business for which they work is “an abstraction”, causing all results, both successes and failures, to be considered external. The more power given to a leader, the more likely they will take notice of challenges and inefficiencies that occur within the organization, and the results on the outside will be of small consequence. Drucker compares a business to a social artifact, much different from a living animal that seeks to perpetuate its own existence. A business fills a unique and important need in society, and is dependent on the internal effectiveness of the leader and its team. When an executive adopts this mindset, they will be able to accept the vast responsibility charged to them, and they can begin to properly manage their time and effort.

According to Drucker, an effective executive has a deep understanding of where their time goes, how they make outward contributions, where their strengths lie, and how they can use all of this to make effective decisions. They employ the practice of consolidating time and tasks when possible, and avoid the mindless “appearance of being busy” that is so common in modern business. As for outward contributions, the executive who focuses his efforts on exerting his authority and rank will rarely find success. They should always ask “Where is the unused potential in this organization?” and “What can I contribute?”, because it will help create aim on the correct solutions instead of temporary fixes. This implies a willingness to cooperate and change with the demands of every new position and every new task.

Maintaining a focus on contribution leads to an accompanying culture of good communication, teamwork, and self-development. These are the basic aspects of effective human relations that foster growth, achievement, and effective information handling in even the largest organizations. Drucker says that no executive ever suffered due to strong and effective subordinates, reinforcing the idea that relationships in the workplace must be centered on the goals and growth of the organization rather than the individual. Jobs and challenges are not created by nature or God, but by mortal men, and therefore can also be handled by men. In the face of adversity, the effective executive accept weakness in himself and his team, and does what he can to better the team collectively. 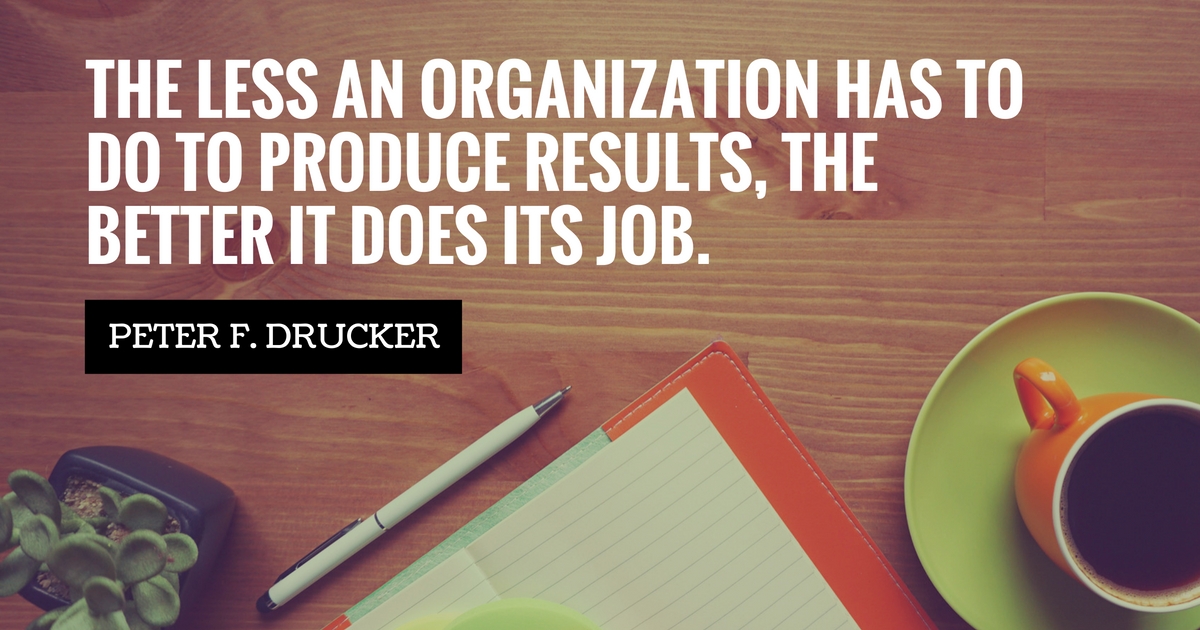 Decision-making is another important aspect of leading that should be executed with care and consideration. Oftentimes, people aim to seem clever rather than choosing the soundest decision, but the effective executive desires impact above all. All decisions should be motivated by what is right, rather than what is acceptable or impressive. When disagreement arises over a decision, the executive should interpret that negative feedback as suggestion for alternative solutions, and organize practical discussion to consider all options.

Drucker’s main assertion that effectiveness can be learned is the theme of his book, as he concludes with advice on the ethics of action, encouraging those in management and business to continually aspire towards their goals while maintaining a healthy sense of what it means to lead an organization towards collective progress.